When you speak truth to power, power doesn’t always like it. And today we wanted to set the record straight on some stories you’ve seen in the media this week.

First and foremost, the investigation into attempted hacks on my campaign, personal, and business online identities is ongoing. Most media reports this week inaccurately stated no evidence was found, understandably leading to questions from voters. The update provided by DCI and Minnehaha County touched on a small fraction of the activity we noticed leading up to my contacting law enforcement last week. A couple accounts were cleared of any damage having been done, which no one was more happy about than me. But to read the news headlines, it sounded like the investigation was closed and this whole thing was much ado about nothing. That couldn’t be further from the truth.

Let me clear about one thing: I am not a victim. I am a fighter. All week long I’ve read coverage of me claiming to be a victim of hacking. Wrong. I am fighting to make sure this stops affecting my family and that no other candidate for local office has to deal with this going forward.

As to the content of the voicemail, let me be crystal clear: however softly it’s delivered, I don’t think any mayoral candidate should ever be discussing how they have tools in their toolbox to use against an opponent. I think it’s poor judgment and I found that comment concerning. On Monday in our candidate forum, Paul TenHaken clearly stated what he meant by “tools in the toolbox.” He stated he had dirt on all the mayoral candidates. Those were his words. Me. Jim Entenman. Greg Jamison. Kenny Anderson Jr. Mike Gunn. Then, just as he did in the voicemail, he said he wasn’t going to use it. In my view that’s just another way of slinging mud without trying to get your hands dirty. And it confirmed my concern about what he meant in that voicemail.

Moving along to the Fraternal Order of Police Union’s press release earlier this week. The media reported the FOP’s claim that I have misled people in TV ads by claiming my proposal for precinct-focused-policing is supported by “local law enforcement.” That comment is just flat out wrong. The FOP should have gotten their facts straight before leveling that charge, because the media ran with it and it’s just not accurate.  I have accurately stated that law enforcement backs precinct-focused-policing, because nationwide there are multiple communities whose police departments follow that plan. I have never stated this proposal was endorsed by the Sioux Falls Police Department, because I would never politicize the police department during a municipal election. I know this plan is a big departure from how things are currently being done, and I understand that change is hard. I look forward to having discussions about this and all other viable ideas when the campaign is over and time for governing has begun. I think we can all agree the status quo needs some shaking up, for the sake of our community’s public safety. But for the union to say I misled people by claiming I’m supported by local law enforcement just isn’t accurate. Those words were never in my TV ad.

Moreover, I was with the FOP two times in the last couple weeks where they could shared any concerns about this to my face. They never did. To wait and send a press release just doesn’t make sense, it would have been far more productive to address their concerns face to face if they actually had questions.

And the claims about my company, DooGooders, not being in the biotech field are absurd. 70% of our business derives from using dog DNA to identify dog waste on multi-family properties to keep grounds clean and dog owners accountable. Not only does our company capture DNA for analysis in a six-state region, we also have an ownership stake in the lab that does the processing. We’re launching products in the coming weeks that will help pet owners verify their dogs breed and do health analysis based on their DNA. Claiming DooGooders is not a biotech company because it doesn’t belong to a certain biotech trade association is like claiming McDonald’s isn’t a restaurant because it doesn’t belong to a certain restaurant association. If the organization making these baseless claims had actually reached out to us and asked what our business is about, they wouldn’t have made such a reckless and inaccurate statement.

We are going to fight for every last vote between now and Tuesday, and I ask everyone who supported our campaign on April 10 to please get out and spread the word about our campaign of transparency and truth. 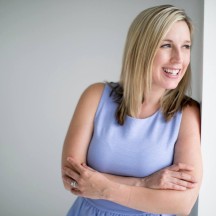